Its design software business booming in a work-from-home pandemic environment, Canva has raised new funding that values the startup at $6 billion.

Canva announced on Monday that it had raised $60 million in new funding led by Blackbird and Sequoia China, with participation from fellow previous investors Bond, Felicis and General Catalyst. The investment values Canva at $6 billion, nearly double its previous valuation of $3.2 billion set in October 2019.

In an interview, cofounder Cliff Obrecht said the funding would allow Canva to continue to expand its collaboration tools, launch an Austin, Texas office to serve as its U.S. enterprise hub, and to consider potential acquisitions. The funding is also intended to provide Canva with more cash reserves amid the uncertainty of the Covid-19 pandemic.

Based in Sydney, Australia, Canva chose to raise from previous investors because of the company’s trust in those relationships, Obrecht says, and not because the startup unicorn might have faced worse terms if it sought out new ones. “With the amount of capital we brought on, we were well over ten times over-subscribed,” Obrecht says. “We could’ve raised $2 billion, but I think that would have been a really stupid thing to do.”Most Popular In: Venture Capital

The company says it remains profitable and is doubling its paid user base, which has topped 500,000 organizations and 1.5 million paid subscribers to Canva’s paid account type, Canva Pro. More than 30 million people each month use Canva overall, which operates on a “freemium” model that allows many users to access its software for free. Canva says it is also used today by 90,000 schools and universities, 55,000 non-profits, and boasts larger-sized accounts including American Airlines, Hubspot and Warner Music.

Also read: 7 Key Principles of Privacy by Design that Businesses should adopt

Canva’s origins date to 2007, when CEO Melanie Perkins and her boyfriend (now fiancé) Obrecht started a yearbook design business in their native Perth on Australia’s western coast. A third cofounder, Cameron Adams, joined the couple in 2012 as they shifted focus to a new business focused around using software to make graphic and digital design tools accessible to non-designers and business owners, providing templates for producing physical products like menus and fliers, but also digital ones for Instagram, Facebook and other social media campaigns. Forbes profiled Canva’s ensuing and improbable rise to one tech’s most promising and highest-valued companies in a December 2019 cover story.

While Canva continues to invest in physical design products — it recently announced a partnership with FedEx — Obrecht says Canva’s seen the shift to more digital design asset creation continue to accelerate amid the spread of the coronavirus. Design creation and sharing on Canva is up more than 50% since the start of Covid-19, the company says.

As the pandemic spread globally and offices shut down in early 2020, Canva wasn’t initially sure if its software would see a boost or a bust. “To use a ship analogy, we had no idea what storm was coming,” Obrecht says. The company shut down its offices but continued to pay contractors and cleaners and started delivering take-home boxed lunches to staff; while it slowed down hiring, Canva didn’t conduct layoffs. Some customers asked for discounts or to pause their subscriptions, Obrecht says, and print products temporarily dropped in sales by 75%.

But Canva’s overall business held up in a work-from-home environment, particularly as usage of its collaboration and video tools soared, and small businesses turned to making designs to reach customers over social media. “That led us to say, ‘Hey, collaboration is a real thing,’” Obrecht says. “‘We should lean into this a little bit.’”

At $6 billion, Canva carries a valuation nearly twice the market capitalization of Box and close to that of Dropbox, though it has a long way to go to compare in size with design software’s market leader, Adobe. All that on revenue that was expected in December to reach $200 million for 2019 and continues to double in 2020. Obrecht says that given the company’s growth numbers and profitability, Canva’s new valuation is modest compared to the multiples currently enjoyed by cloud computing companies on the public markets. “It’s a valuation we’ve probably outgrown already,” he says. “I’d be more concerned about being underpriced.”

Canva’s founders are probably not too troubled. In December, Forbes estimated that Perkins owned 15% of Canva and Obrecht a little less. Assuming slight dilution from this new fundraise, Perkins’ stake in Canva would be worth more than $800 million, and Perkins and Obrecht’s stakes in Canva together are worth at least $1.5 billion. The couple got engaged last year with a ring that cost Obrecht a whopping $30.

“We never feel like we’re where we need to be,” says Obrecht. “Achievement unlocks more ambition, and there’s always so much more you can do. I don’t think we’ll ever stop trying to deliver the most value we possibly can to our customers.”

Also read: Digital Transformation – Do Or Die in 2020 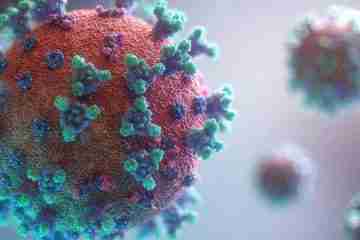 Google Force Installs Massachusetts MassNotify Android COVID App Google is force-installing a Massachusetts COVID-19 tracking app on residents’ Android devices without an easy way to uninstall it. For the past few days, users have reported that Google silently Read more… 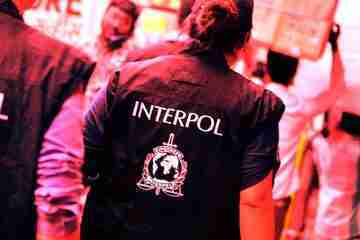 Interpol Shuts Down Thousands of Fake Online Pharmacies The Interpol (International Criminal Police Organisation) has taken down thousands of online marketplaces that posed as pharmacies and pushed dangerous fake and illicit drugs and medicine. This Read more… 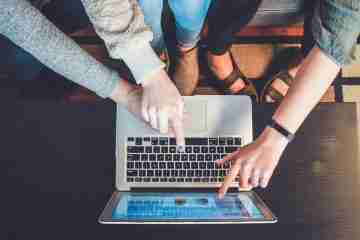 US DOJ: Phishing Attacks Use Vaccine Surveys To Steal Personal Info The US Department of Justice warns of phishing attacks using fake post-vaccine surveys to steal money from people or tricking them into handing over Read more…